Vast desert located in the south-east of the country, the Dasht-e-Lut (“desert of the void”) is one of the hottest places in the world. Largely devoid of animal and plant life, its beauty lies in the presence of spectacular wind-eroded landforms and the variety of its high, linear, star-shaped or funnel-shaped fine sand dunes. Thanks […]

The Hyrcanian forests stretch along the Caspian Sea in northwestern Iran. Their formation dates back at least 30 million years. Helped by the humid climate which reigns in this area, they drew lush landscapes of greenery which are in contrast to the aridity of the rest of Iran. A great conservatory of wildlife, there is […]

The classification in 2021 of the Trans-Iranian Railway as a Unesco World Heritage Site is a reward for an extraordinary railway route that runs from the Caspian Sea to the Persian Gulf, a distance of almost 1400 kilometers, crossing mountains and rivers, forests and plains and linking two ends of the country. Completed in 1938 […]

The Persian Qanat (Date of Inscription: 2016)

To fight against the ever- present problem of aridity in Iran, since antiquity underground galleries, many kilometers long, have been dug collectively to channel water from the aquifer springs of the foothills to the villages and fields. This system of underground canals or qanats is also a testament to the equitable and peaceful sharing of […]

The Persian Garden (Date of Inscription: 2011)

For more than 2500 years, in Iran, the art of gardening combines nature and artifice. It is a “learned” garden that could not have been created without a profound knowledge of irrigation, architecture, agriculture and botany. A place of refined power and reflection of paradise, the Persian garden is intoxicating and always invites meditation and […]

Planted in a vast irrigated steppe in the region of Susa here is the ziggurat of Tchoga Zanbil. Built in the 14th century BC, it was the heart of a sacred city where the divine pantheon of the Elamite kingdom was gathered. Better preserved than its Mesopotamian counterparts, it is a fabulous brick architectural work, […]

The Takht-e Sulaiman complex is located in the northwest of Iran in an inspiring landscape dotted with dormant volcanic cones. There, around an artesian lake, was built a cult complex composed notably of temples dedicated to fire and water. No doubt that this site was one of the high places of Zoroastrianism, the official religion […]

The historic bazaar of Tabriz is probably as old as the city itself. It spreads out like a sort of endless labyrinth, made of interlocking enclosures and brick architectural structures. It alone bears witness to the commercial system developed in Iran since the Middle Ages and remains a fascinating place to this day.

The history of Iranian archaeology began in Susa in the 19th century. The site is located in the southeastern lowlands of Iran at the convergence of ancient trade routes between Mesopotamia and the Iranian plateau. Active since the 5th millennium B.C., Susa was the capital of the Elamites, then of the Achaemenid Persians and played […]

Soltanieh means the “city of the sultan”. Of this powerful capital founded in the 14th century, only the mausoleum of its founder, Uldjâitu, sultan of the Mongolian dynasty of Ilkhanides, remains today. The building is crowned with a monumental blue dome and was once decorated with turquoise earthenware and painted stucco. The building is one […]

Shushtar is located in the province of Khuzistan. Located on a cliff overlooking the Karûn river, the city took advantage of its situation by developing a clever hydraulic system. In fact, in a region where water is scarce, it was always omnipresent in Shushtar, for the men, to turn the mills and for the agriculture. […]

Located in Iranian Azerbaijan, in the heart of a mountainous landscape, the ancient royal city of Ardabil is a Mecca of Iranian Sufism. Persian garden, blue ceramic carpets, painted stuccos, all this refinement was deployed in the 17th century in honor of a Sufi master considered the founder of the Safavid dynasty. A site steeped […]

Shahr-e-Sokhta is the “burnt city”, ravaged by fire in 1800 BC. Located in the province of Baluchestan, in the east of Iran, this prosperous city founded around 3000 BC, ensured the long-distance exchanges between Afghanistan, the Indus valley and the west of the Iranian plateau. Like the city of Susa, Shahr-i-Sokhta testifies to the development […]

In the center of Iran, the region of Fars is the cradle of the Persian-Sassanid civilization (3rd-7th of our era). Self-proclaimed heirs of the Achaemenids, they built fortified cities and palaces still visible today. Integrated into grandiose landscapes, the sites of Savestan, Firouzabad and Bishapour bear witness to the persistence of Persian traditions as well […]

Persepolis is the “city of the Persians”. Located in the region of Fars, this grandiose site was installed on a monumental platform located at the foot of a mountain and opened on an endless, fertile plain. Founded by the Achaemenes king Darius I in the 6th century B.C. and then destroyed by Alexander the Great, […]

Located at 1800 meters above sea level in the center of the Iranian plateau, Pasargadae was founded in the 6th century BC by Cyrus II the Great. First capital of an extraordinary Persian empire, sacralized by the presence of the tomb of its creator, its palaces were arranged around a gigantic irrigated garden. The place […]

The gigantic “Imam’s Square” is one of the most majestic squares in the world. Since the beginning of the 17th century, it has been the heart of Esfahan. Lined with arcades occupied by stalls, graced by a palace, two admirable mosques and the entrance to the fabulous historical bazaar of the city: this square is […]

Founded in the 8th century, shortly after the Arab-Muslim conquest, the Great Mosque of Esfahan unfolds before the eyes of its visitors a thousand years of history. Built of bricks, stones and earthenware, it is one of the most important mosques of Islamic art! Its grandeur and refinement testify to the incessant architectural creativity of […]

The central geographical location of Yazd made it one of the great crossroads on the Silk Road. A trading city on the edge of the Kavir Desert, its history is said to date back to the beginning of our era. The city is known for its Zoroastrian community but also for the obvious beauty of […]

Located near the Caspian Sea, the Gorgan region corresponds to the Hyrcania of the Greek geographers. This is where the city of Gonbas-e Qabus is located, famous for its majestic brick funeral tower built in the 11th century to a star-shaped plan for as the resting place of the Ziyarid emir Qabus.

The Golestan Palace is a testimony to the upheavals of modern Iran. Located in the historical center of Tehran, it was the official palace of the Qadjar rulers throughout the 19th century. It is there that the shahs were crowned, it is also there that the Iranian art of the XIXth century, synthesis between Persian […] 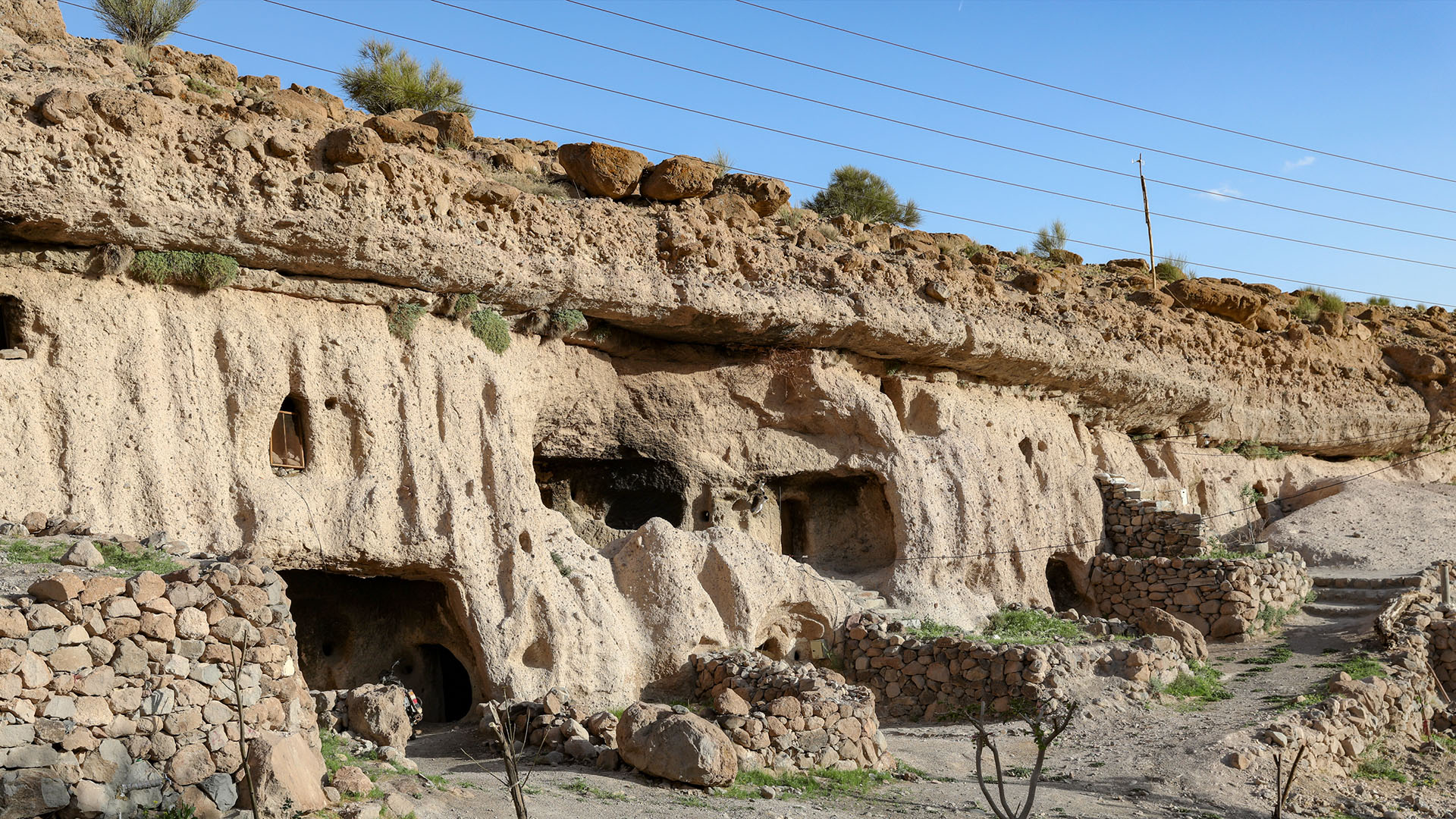 It is at the southern end of the Zagros, in a semi-desert area that the Maymand region is located. Semi-nomadism is the rule here and the economy is based on agro-pastoralism. The cattle are driven from the valleys to the highlands according to the seasons. The inhabitants live in the hollows of the valleys in […] 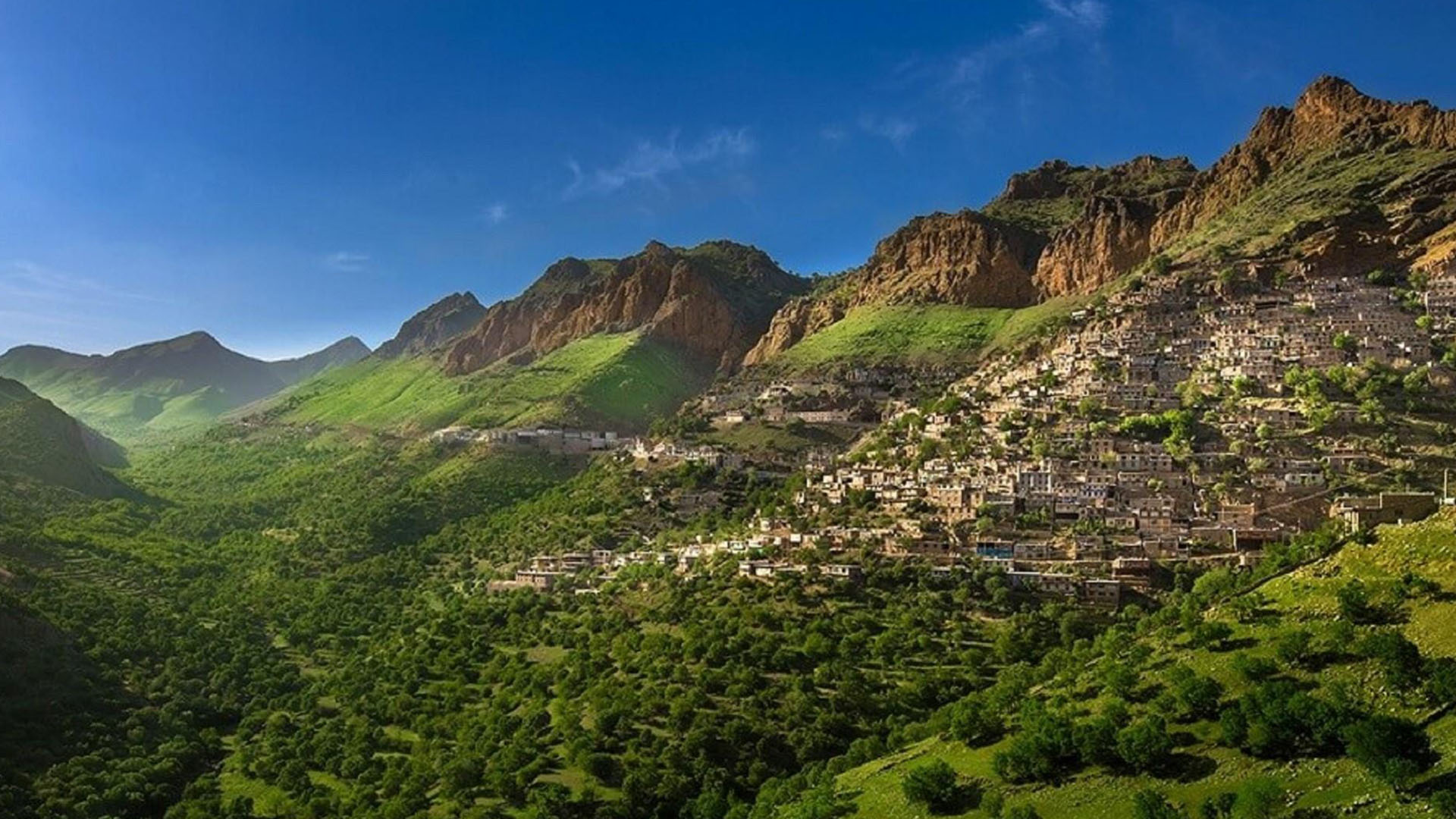 The beautiful landscapes of Hawraman/Uramanat are located in the heart of the Zagros Mountains. This is where the Hawrami, a Kurdish agro-pastoral tribe, have lived for thousands of years. This uninterrupted presence is the result of an adaptation to a harsh mountainous environment perceptible in the layout of the habitat built in tiers on the […] 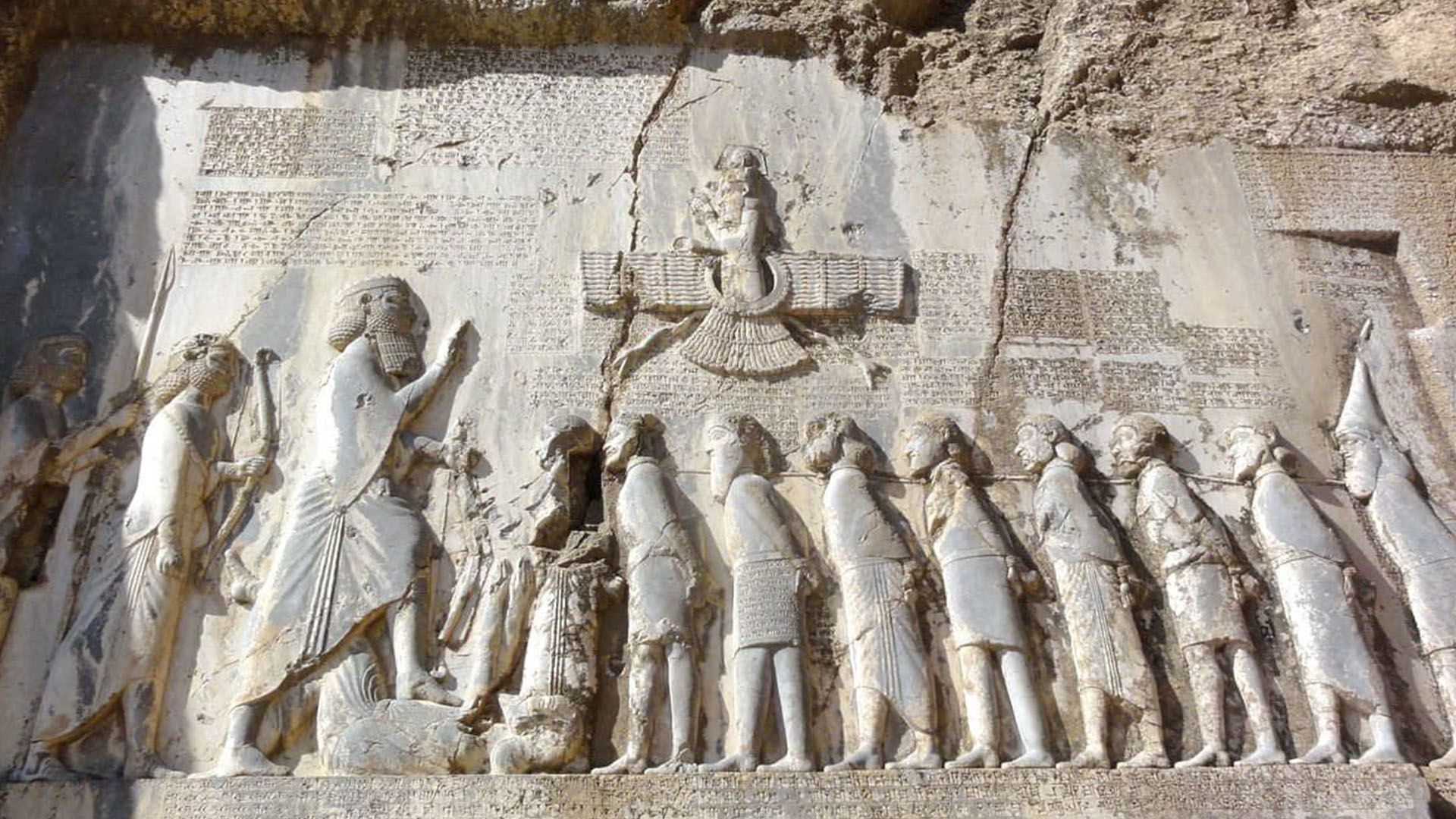 Located on the trade route between the Iranian highlands and Mesopotamia, Behistun is one of the oldest sites in Iran and also one of the most amazing. It is there that on a cliff dominating the surrounding plain the Persian king Darius I had a monumental bas-relief engraved in 521 BC, recounting his military exploits […] 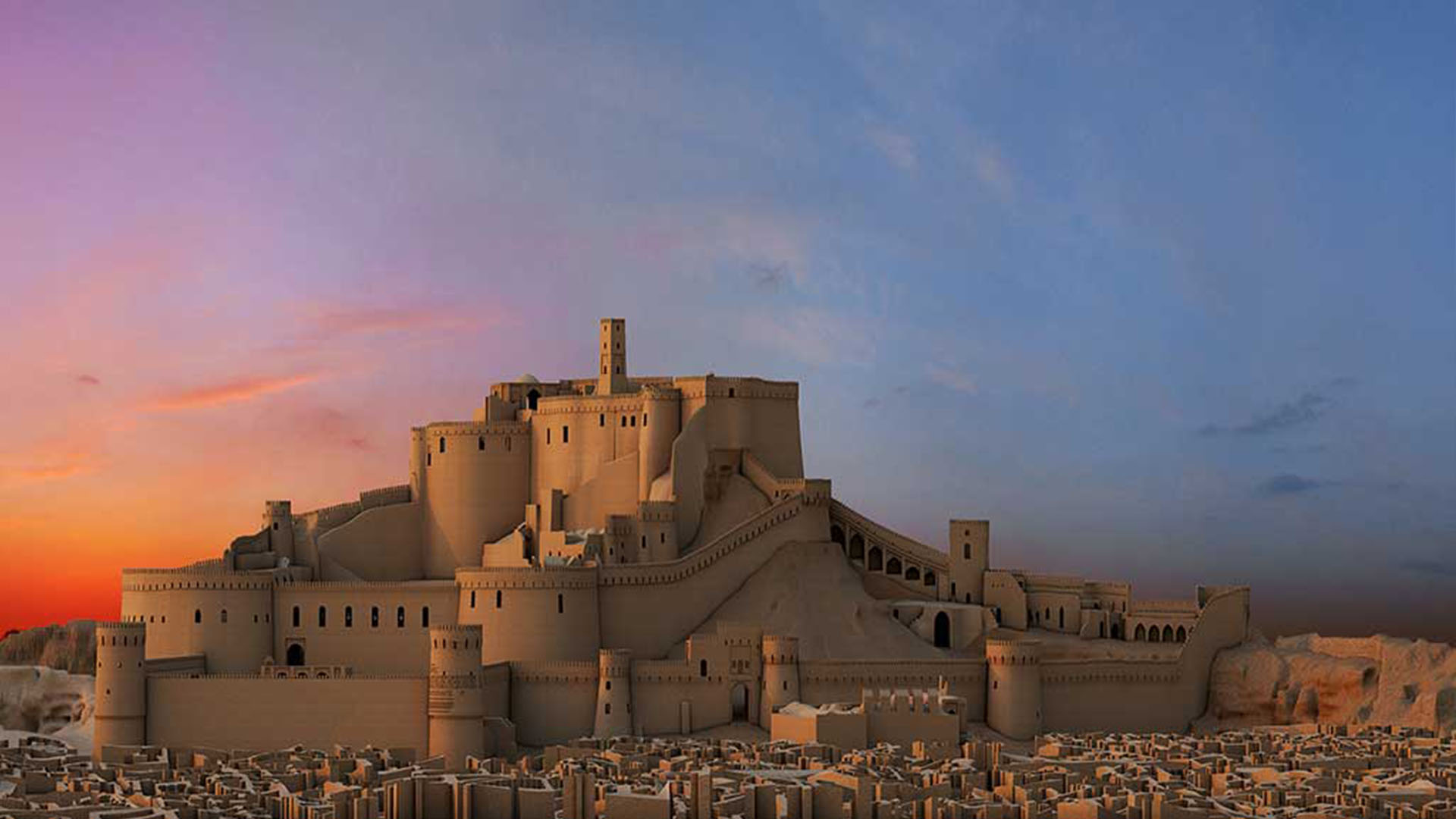 Bam and its Cultural Landscape (Date of Inscription: 2004)

Bam is located in the southeast of Iran, in the inhospitable desert of Lut. From the beginning of our era, this extraordinary walled city made of mud dwellings drew its prosperity from its strategic location on the silk route and its renowned production of silk and cotton fabrics. Irrigated by a clever system of irrigation […] 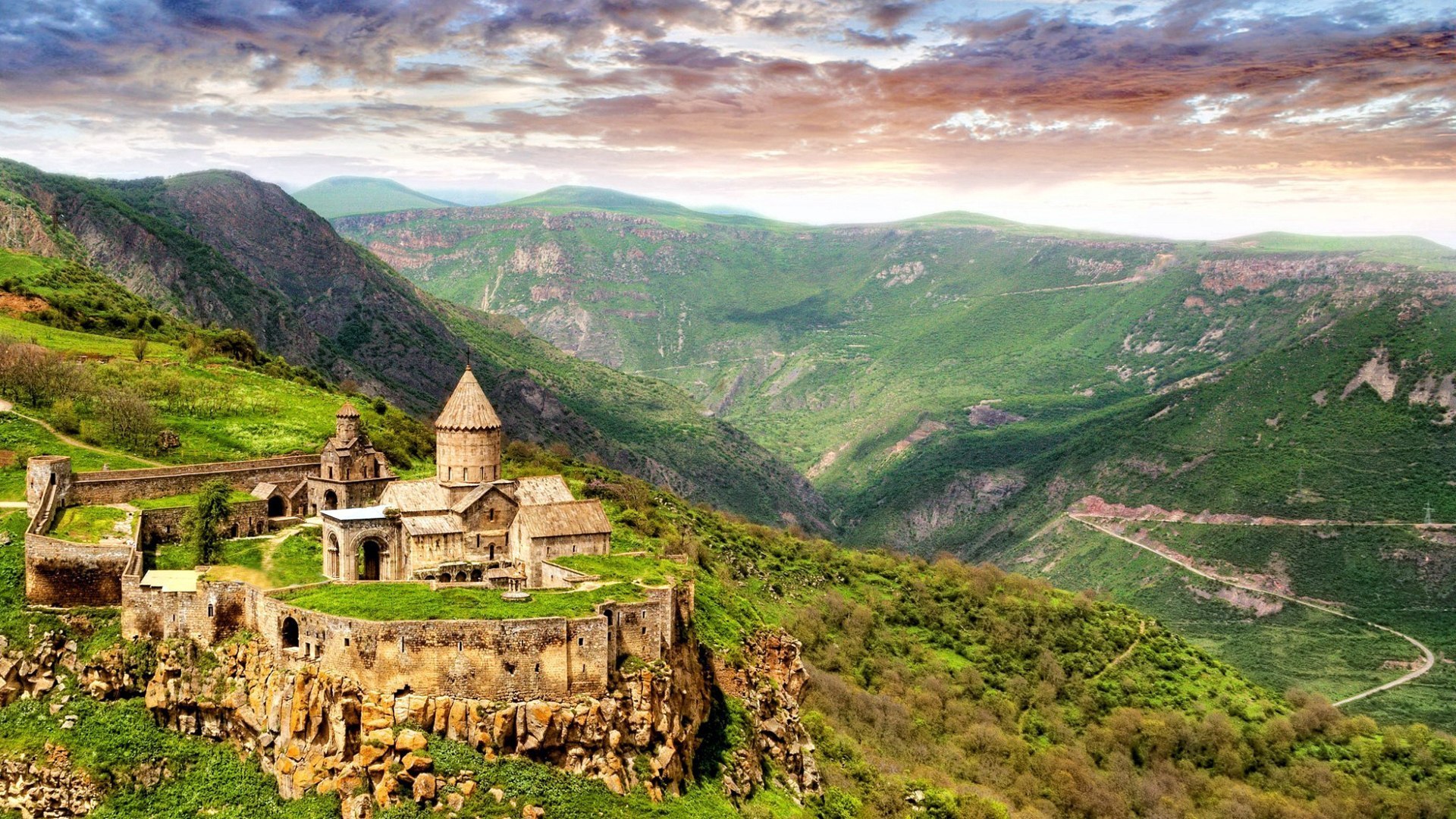 In northwestern Iran, the monastic complexes of St. Thaddeus, St. Stepanos, and the Chapel of St. Mary of Dzordor bear witness to the continuous exchange between Armenian, Byzantine, and Persian cultures while being a perfect illustration of Armenian architectural traditions. They constitute a complex unique in the Middle East.

We will call you on Whatsapp

Please send us your contact information on the form below. We will then contact you via WhatsApp.